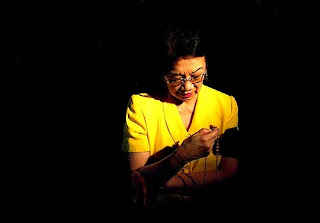 ANNOUNCEMENT : DEMISE OF H.E. CORAZON C. AQUINO, FORMER PRESIDENT OF THE REPUBLIC OF THE PHILIPPINES 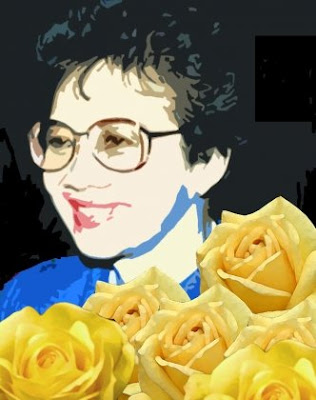 In this regard, please note the following:

02. The Samahan ng Mga Pilipino sa Cambodia (SAMAPI) will also offer a mass for the late President Aquino on Wednesday, 05 August 2009 at 06:00 p.m. at the Embassy. Those who wish to attend are requested to wear a .

A period of national mourning for ten (10) days has been declared in the Philippines. During this period the Philippine flag will be flown at half-mast.

** Photo Credit: Originally uploaded by my dear friend Seralulalu’s On My Palette.

De La Hoya, who was taken to a local hospital for a precautionary examination, never in his illustrious career had absorbed such a beating. Pacquiao’s hands were far too quick and, despite the fact that he was moving up from lightweight, his punches were much too hard for the Golden Boy to handle.

It was clear by the third round that De La Hoya was going to need a miracle to reverse the pummeling he was taking.

Pacquiao displayed every punch in the arsenal, raking the Golden Boy with straight lefts that nearly closed De La Hoya’s left eye and stunning him with hooks, jabs and uppercuts. Photo borrowed from my other blog.

This is my favorite childhood treat, ampao, or rice crispies, in the Philippines. When I was a kid in the province, we seldom eat chocolates (they are expensive). Chocolates and other candies were a rare treat, and we usually had them only on Christmas, birthdays and other special occassions. Rice crispies, however,were our everyday treat. They are sweet and crunchy, sometimes sprinkled with peanuts and most of all, very affordable. It is rectangular in shape and because it is quite thick, one has to open its mouth wider than usual to have a bite of it.

This is the Ati-atihan Festival’s street party! Thanks to my sister, MamaGirl, for providing me the photos. It’s been a long while since I last went home and I sure miss the merrymaking and celebrations there. Her story on the Ati-atihan festival can be found here, and more photos here.

A good friend of mine, Maya, sent me the following and since I have no interesting kwento to post yet, I am sharing this to everyone as well.

MANILA, Philippines — Pinoy is what Filipinos call each other, a term of endearment. You’re Pinoy from Pilipino just like you’re tisoy from mestizo or chinoy from chino. It’s a nickname just as Minoy is from Maximo, Ninoy from Benigno, Tinay from Florentina and Kikay from Francisca.

But now they’re Maxi and Ben and Tintin and Cheska. You’ve been called indio, goo-goo, Negro, flip, noypits. Or Filipino,a Spanish biscuit that is brown outside and white inside, or a word stricken from the dictionary which means domestic. Ay, lintik!

Born June 12, 1896, the Republic of the RP is a Gemini, good at connecting, good at loving-loving, good at texting and interpersonal skills. Filipinos like to yakap, akbay, hawak, kalong, kalabit. We sleep side by side, siping-siping, we go out kabit kabit.

There’s lots of us to go around. Someone always to listen to a sob story, even in a jeepney, to share-aload or to share a TV.

Everyone’s tito, tita. Who has a hipag, a bayaw, a bilas, a balae, a kinakapatid? Who has an ate, dete, diche, kuya, diko? The maids call her ate, the driver calls him kuya and everybody is tito or tita.

Who has a Lola Baby, a Tito Totoy, a bosing called Sir Peewee, his wife Ma’am Lovely and their kids Cla Cla and Kring Kring?

The Pinoy lives in a condo, a mansion, an apartment, a bahay na bato, ilalim ng tulay, Luneta, Forbes Park, and Paris too! He’s a citizen of the world, he’s in all the villages and capitals, colonizing the West, bringing his guitar and his bagoong, his walis na tingting, his tabo, his lolo and lola.

Where there’s a beat, there’s a Pinoy. You’ll find her singing in a nightclub in Tokyo, a musical in London, the Opera House in Sydney. Sure, they’ve got the infrastructure, the theaters and architecture. Who but Pinoys direct their plays, or trains their company managers, and imports our teachers, by the way?

Look at that baggage – all pasalubong, none for herself. From bedsheet to hair color, Toblerone to carpet, Viagra to paella pan, Victoria’s Secret to microwave.

Hey, Joe, don’t envy me ’cause I’m brown, you’ll get ultra violet from that sun and turn red not brown. Just lucky, I guess. God put us all in the oven, but some were uncooked and some were burned, but me, I came out golden brown!

Hey, Kristoff! Hey David and Ann! Your Pinoy yaya makes your kids gentler, more obedient, she teaches them how to pray. Hey Big Brother! Hey Grandma Moses! Who but Pinoy nurses make your sick days easier all the way?

We made the jeepney, the karaoke, the fluorescent bulb, the moon buggy. We invented People Power and crispy pata; popularized virgin coconut oil, scaled Mount Everest and made it with Cebu furniture abroad among the best.

Linguist
The Pinoy is a linguist. As in. As if. For a while. Open the light. Close the light. Paki ganyan naman ang kuwan sa ano. Tuck in. Tuck out. Don’t be high blood. If you’re ready na, I’ll pass for you.

I’m inviting you to my party, please RSVP.
Oo means “yes” or “maybe,” or “yes if you insist,” or “maybe if it doesn’t rain.” “Yes” is also a nice way of saying “no.” Yes, hindi kita sisiputin. “No,” eto na ako at ang barkada ko. Please don’t ask a Pinoy a question like that!

The Pinoy finds time to be nice, to be kind, to apologize, to be there when you’re depressed, to help you with your utang and your wedding dress.

The Filipino is a giver, never mind what it does to his liver, never mind what it takes. Hardships of the Third World don’t dry up his blood, they just make him more compassionate, more feeling, of the other guy’s lot. Note that the maid sends all her wages home to ailing daddy. She is the OCW whose labor of loneliness created the original katas ng Saudi.

Nope, it’s not my identification number. It stands for Independence Day 2006.

Today is the Philippine Independence Day, and we are celebrating 108 years of freedom from our colonial masters. The Philippines has a long and rich history of struggle for independence, and of bravery and courage of men and women fighting for freedom.

The Philippine flag represents the many facets of the Filipino people and unites our nation, scattered through various seas, as one country, with common history, dreams, and (a vision of) a better future.

Every year, Filipinos here in Cambodia celebrate this most important day in Philippine history with a flag-raising ceremony at the Philippine Embassy in Phnom Penh, and a sumptuous Pinoy breakfast on the embassy’s rooftop following the ceremony. It was a well-attended ceremony. Most of my kababayans, coming from different parts of Cambodia, came in wearing nice Filipiniana. It was such a friendly atmosphere having breakfast together with old friends, and some people I met there for the first time. (Nice to have met you, Toe!) Breakfast was an array of Filipino fares – sinangag (fried rice), pork tocino, bistek (beef steak Pinoy-style), scrambled eggs, daing (dried fish), and many others – catered by Ate Helen.

The email from the embassy required us to be there at 6:45am.

Houston, we have a problem! Yan na ang problema ko. Waking up early in the morning is one of the most difficult things for me to do, but since I have been absenting myself from Filipino gatherings for the longest time now I was compelled to change my waking habit just this once. After all, I am proud to be a Filipino despite and inspite of what’s happening these days and I thought what better way to show this pride than to attend the ceremony. No. Actually, it was more about the guilt factor because I have been avoiding Filipino gatherings, and not to mention na safeguard na ang sabon ko ngayon. May konsensya na ako. Haha. Oops, to my non-Filipino readers, my apologies. I could not translate this without losing the humor. Just ignore it.

R was also game enough to go with me, his first time to attend a Filipino gathering of sorts here in Cambodia. R gladly took on the photograhper role and happily snapped pictures as usual. I demanded he produce good pictures to post in this blog. He told me he couldn’t get a good pic of the flag being raised because it was done so very fast. Oo nga naman, I also noticed that. Mabilis pa sa alas cuatro. Sana dinahan-dahan para tumayming sa national anthem. Pero di bale na, wala naman sigurong nakapansin kasi ang center of attention ay ang Philippine Embassy choir. Mahusay daw ang choir, sang-ayon ni R. If I am not mistaken, most of them are also in the church choir. Bukod pa dun, the newly-appointed Ambassador to Cambodia, Lourdes G. Morales, addressed the Filipino community for the first time. She also read the speech of the Philippine President Gloria Macapagal-Arroyo. In the Ambassador’s speech she mentioned the “eternal greatness” of the Filipinos and took this opportunity to congratulate everybody for the contributions the Filipinos and the Filipino community have made in and for Cambodia. Mga Bisaya, Tagalog, Kapampangan, Ilokano, Ilonggo, etc. – everyone was beaming, listening to her speech. Nakaka-lapad ng tenga. Kaya hayan, lampas tenga ang ngiti ko ng umagang yun.

My apologies to Ayeza, this was due on the 15th but failed to post. I was finishing office (paper) works before the holiday – Khmer New Year – started. Over at Bisaya Bloggers, the topic for the month of April is food.

Born to an Ilonggo father and Bikolana mother, we children enjoyed the bountiful seafood from Roxas City’s waters cooked in Ilonggo-Bikolano style. Tilapya, or tilapia, is common in the Ilonggo and Bikolano’s tables. There are many ways to enjoy it – fried, grilled, pinaisan, inadobo. But there’s one particular dish that is enjoyed at home, it’s called (I hope I remember this right) picadillo, a burning and sweat-inducing blend of the Ilonggos love for gata (coconut milk) and the Bikolanos’ penchant for red-hot sili. Matulo gid imo sip-on sa kakahang kag kanamit! Clean the tilapia very well, taking out the scales, gills and guts. Set aside. Except for the gata and pechay, blend the remaining ingredients and stuff it (in the empty space where the guts were taken) inside the tilapia. Wrap the whole tilapya in pechay leaves and place it in a pan. Pour the gata over and sprinkle the remaining mixture of ginger, pepper, tomato and onion, plus the chili. Add salt to taste. Cook over slow fire for 10-15minutes, or, until the fish is done. Voila! In an instant, the hot and spicy picadillo is done. Serve with steamed rice. Haay kanamit, daw ara lang ko sa balay sa Roxas! Feels (or tastes?) like home gid =).

P.S. Everyone’s overjoyed back home. Guess who has just arrived?!?

Was talking this morning to a Canadian volunteer, Keith Jones, when I heard the familiar sound of my phone… ahh, text message, and it read: